Season 1 of Apex Legends  is one of the most highly anticipated events in the gaming space right now, and the landing page on Origin may have spoiled things before it even released.

Fans have been anxiously waiting for the debut of Season 1 in Apex Legends since the release of the game.

We have known Season 1 was set for a release in March but Respawn Entertainment has never locked down a solid release date.

Now nearly halfway into March, the speculation has ramped up as to when the season will begin.

A recent screenshot of the Apex Legends landing page on Origin showed a quick glimpse at what Season 1 could look like. 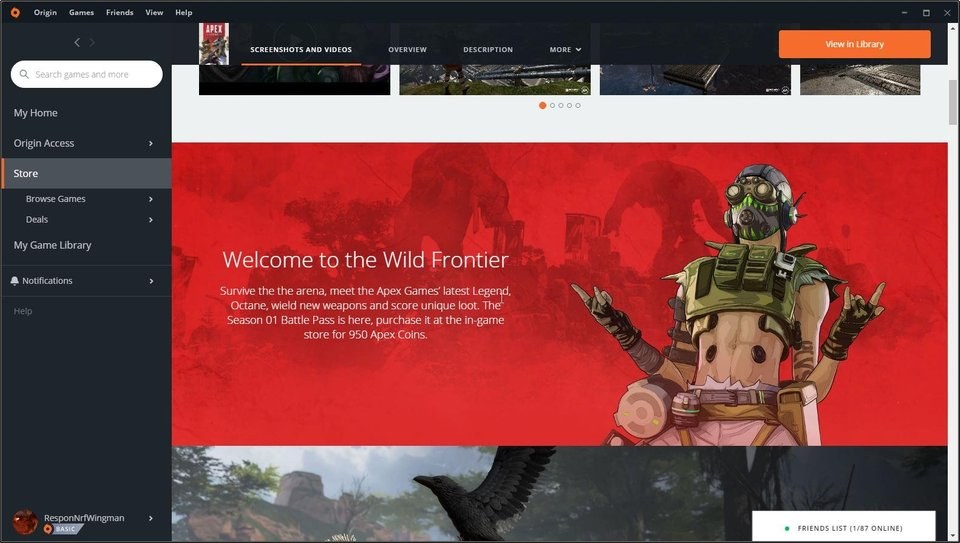 New details on Season 1 of Apex Legends look to have been leaked through the Origin store.

The above screenshot, captured by Reddit user Spliddo, shows our first look at the new legend, Octane, and says the Battle Pass will cost 950 Apex Coins.

Keep in mind this information has not been verified and no official statement has come from the developers as of yet. This leak should be taken with a grain of salt for now.

Dataminers have found the image of Octane in the files so we can confirm the image is real, while the text can’t be confirmed.

LEAK: The Origin app was indeed updated with the Asset files related to the Battle Pass. So @OriginInsider accidentally added this image there. So the text might be real too.

There has been a lot of speculation Season 1 would be starting today, March 12, so it would make sense if that does indeed happen.