Apex Legends pro Carlo ‘Dcop’ Delsol ended a match in the competitive NA GLL Apex Legends Series with a crazy Wraith play to see off both Team SoloMid and Sentinels.

Apex Legends esports combines the best of first-person shooters and battle royale genres into one competitive slog to be the last squad standing.

While World’s Edge has significantly shifted the meta for competitive Apex Legends matches, Team SoloMid have remained as a front runner after winning the $500,000 Apex Legends Pre-Season Invitational back in September. 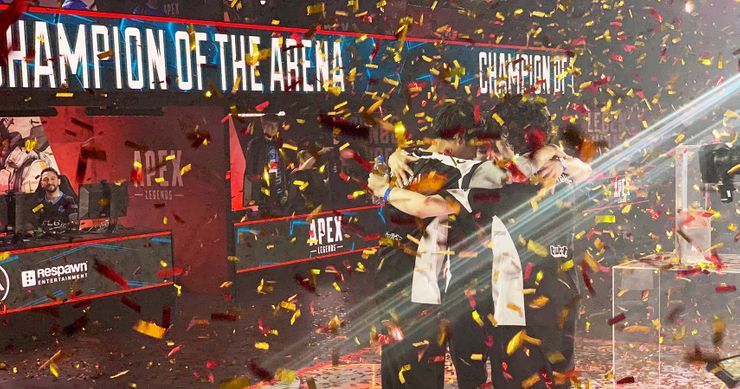 The TSM trio skirmished their way to top honors.

While the controversy relating to TSM and Sentinels joining forces in professional scrims has simmered down, Dcop found himself up against both squads in an intense final engagement in Game Two of the GLL: Apex Legends Series (NA region).

After taking down the entire Rogue squad and eliminating Sentinels’ Zombs, Delsol found himself up against TSM’s ImperialHal — who was barely clinging onto his life with a Gold Knockdown Shield.

My fucking heart man I love apex so much pic.twitter.com/S7V7Bi1YuD

In a spur of the moment heads-up play, Dcop maneuvered his way around the graveyard of banners and made his way into Wraith’s Dimensional Rift.

After avoiding circle damage while being temporarily between ‘The Void’ and the World’s Edge, the Pittsburgh Storm pro out-lasted Hal and clinched Game Two in what was a nail-biting finale.

Although Dcop managed to secure this match, it was TSM who stole the show on the night, with two Apex Games’ wins.

After seeing off Sentinels – in a fitting end to what has been a headline week for both organizations – Team SoloMid will be looking to retain their pole position among a loaded list of rosters.