The Apex Legends Preseason Invitational has convinced people that maybe temporary character bans could be a worthwhile tactic to improve pro tourneys.

Respawn Entertainment and EA put together one of the biggest competitions for Apex Legends so far with the $500,000 event, but there were more than a few complications throughout the 3-day invitational.

While there were noticeable glitches highlighted by the official stream for the event, some of the more frustrating occurrences came at the hands of Wattson and her Perimeter Security as some players found clever ways to abuse the ability or glitches known to be in the game. 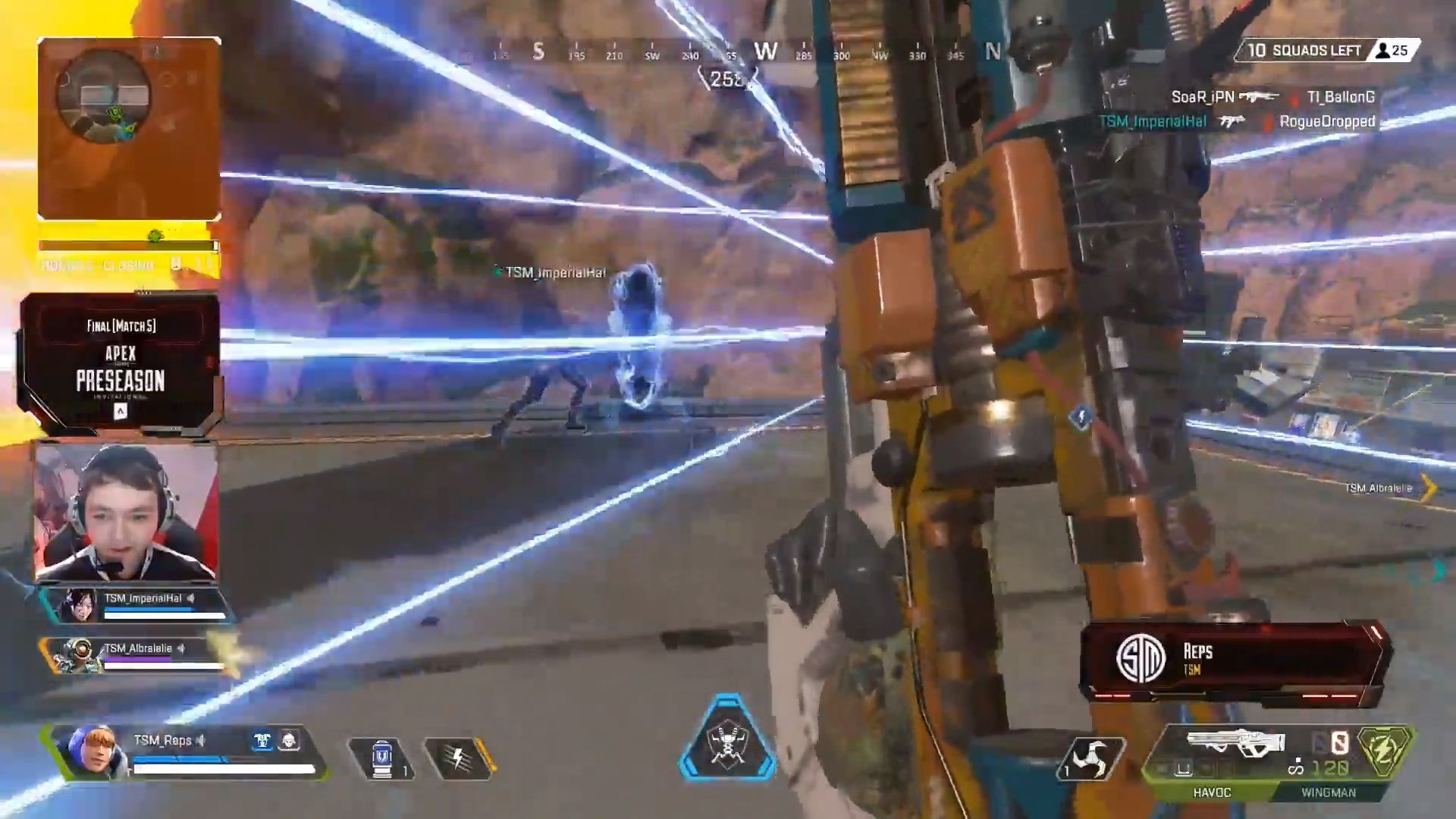 Wattson’s fences were really popular during the Preseason Invitational.

After discussing Wattson’s bigger flaws with Apex pro Lucas ‘Mendo’ Håkansson, TheSimms thinks that there could be a great way to evolve the meta by periodically removing troublesome Legends.

“I do like the idea that certain Legends could be banned during competitive play if they are OP or undergoing changes,” TheSimms advised in order to “keep the meta evolving as opposed to just slapping in new Legends.”

i do like the idea that certain legends could be banned during competitive play if they are OP or undergoing changes, then brought back in at later dates once adjusted, keep the meta evolving as opposed to just slapping in new legends.

Since the roster of Legends is the game’s “strongest and core attribute,” temporary bans would facilitate a systematic progression to the overall comps that pro teams would opt into. The Preseason Invitational saw a lot of Wattson picks with players using her fences to completely claim a room or nestle on an elevated platform.

Moreover, Team Liquid’s star Mendo says that the Wattson’s “core problem is map design,” since her abilities can severely punish players walking into the narrow corridors and rooms seen throughout Kings Canyon.

Adds something unique to the game, will help diversity in hero-picks to prevent forced balancing to ensure people pick other things than what's common (i.e wattson and caustic's current state). Could be cool, bans by majority vote could be cool too

While the former Overwatch pro wants to see meaningful updates to address these problems, he also thinks that teams should get a heads up on where circles will land in every match.

He thinks that simple change would add “something unique to the game (and) will help diversity in hero-picks.”

The Apex Legends Preseason Invitational made it clear that the esport still has a ton of room to grow, but it should start out with how they want to address Wattson’s OP mechanics in games.