The Pathfinder is one of the more versatile Legends that players can use in Apex Legends, but many are asking for its Tactical Ability to be further improved.

The Pathfinder, a robot with highly advanced artificial intelligence, is the only non-humanoid playable character in Apex Legends.

Most Apex Legends players would agree that the Pathfinder is one of the better Legends to play with in the game, especially those who are good with in-game movement.

What is the Pathfinder’s Tactical Ability?

Of its three abilities, all of which are based around mobility, the Pathfinder’s Grappling Hook Tactical Ability is what a lot of players like the Legend for.

It provides the Legend with a grappling hook that can be shot at pretty much anything within its range, allowing it to rapidly move towards the target and get there much faster than if had just ran over there. 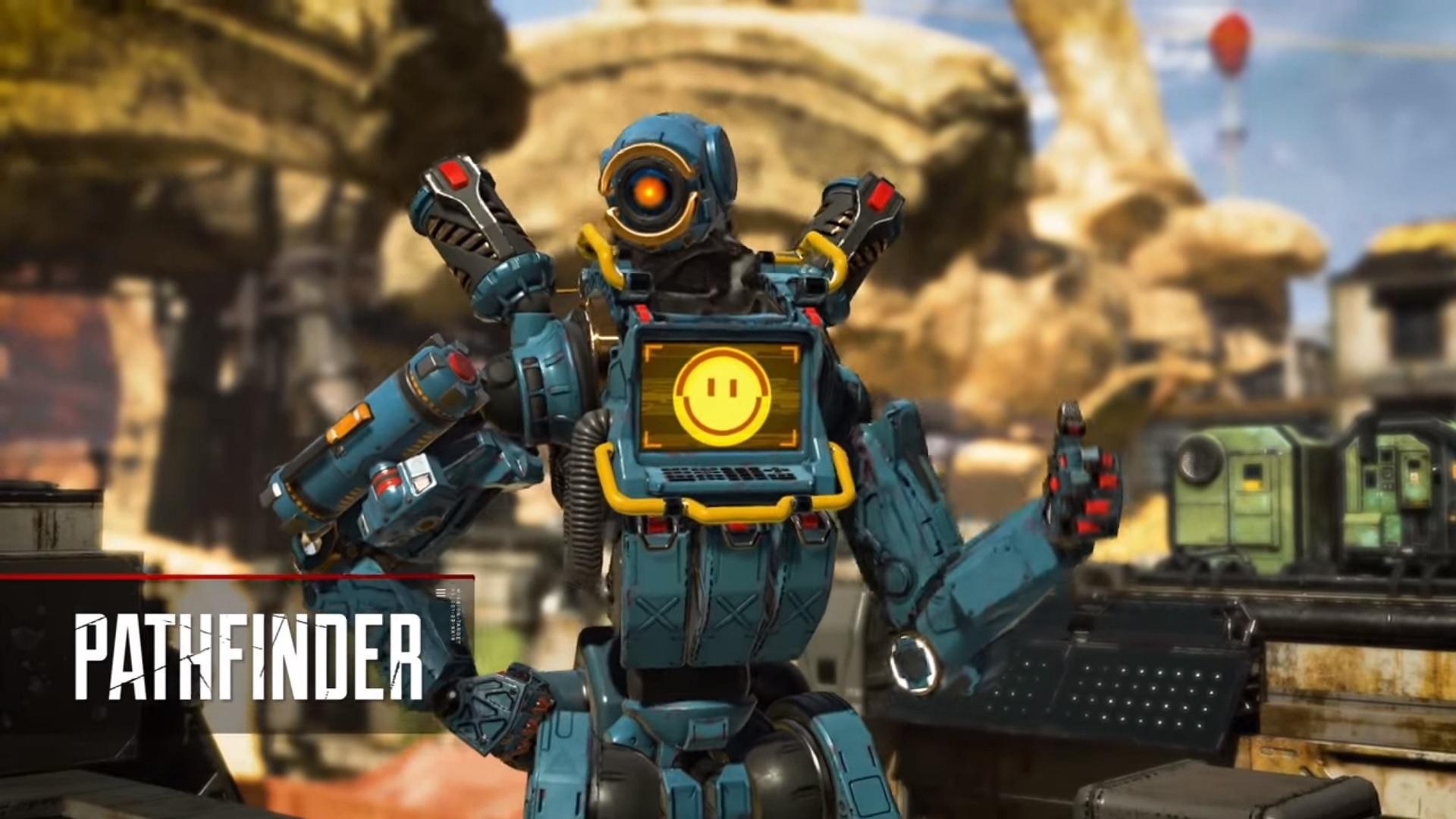 The Pathfinder is considered to be one of the strongest Legends because its abilities center around mobility.

On April 8, a player posted an idea on Reddit that proposed some changes to the Pathfinder’s Tactical Ability that would, theoretically, improve it considerably.

The post suggested that the Pathfinder should be able to use its Grappling Hook to pull downed teammates and Death Boxes towards itself.

This would be an improvement because the Pathfinder would now be able to pull downed teammates closer to revive them, and would also be able to loot Death Boxes without having to go out into an exposed or predictable area to do so.

In the post, the player explained that this buff would make sense since the Legend is designated as a Support Legend, and that restricting the improvement to just downed teammates would take out the possibility of teammates trolling each other.

Dear Respawn, Can we make it so that Pathfinders grappling hook pulls downed teammates and possibly deathboxes? from r/apexlegends

Counterarguments to this idea

Not everyone on Reddit was in agreement with this concept, some giving their case that the Pathfinder was already strong and doesn’t need additional buffs.

Another argument was that players would simply abuse this mechanic to steal the best loot from Death Boxes or troll teammates and toss the boxes over the side of a cliff so they can’t get to the loot.