Legendary supply drop weapons are supposed to be some of the biggest game-changers in Apex Legends, but while the Mastiff and Kraber are pulling their weight, nerfs to the L-STAR machine gun have left it desperately needing a tweak to compete.

The L-STAR EMG burst into the Apex Games alongside the release of Wattson in the second season, joining the Mastiff shotgun and the Kraber .50 caliber sniper rifle as supply drop-only weapons designed to annihilate the enemy.

While the plasma machine gun originally became a must-have in King’s Canyon, nerfs heading into Season 3 and the move from the game’s original map to long-ranged sniper’s paradise World’s Edge dropped it into obscurity. 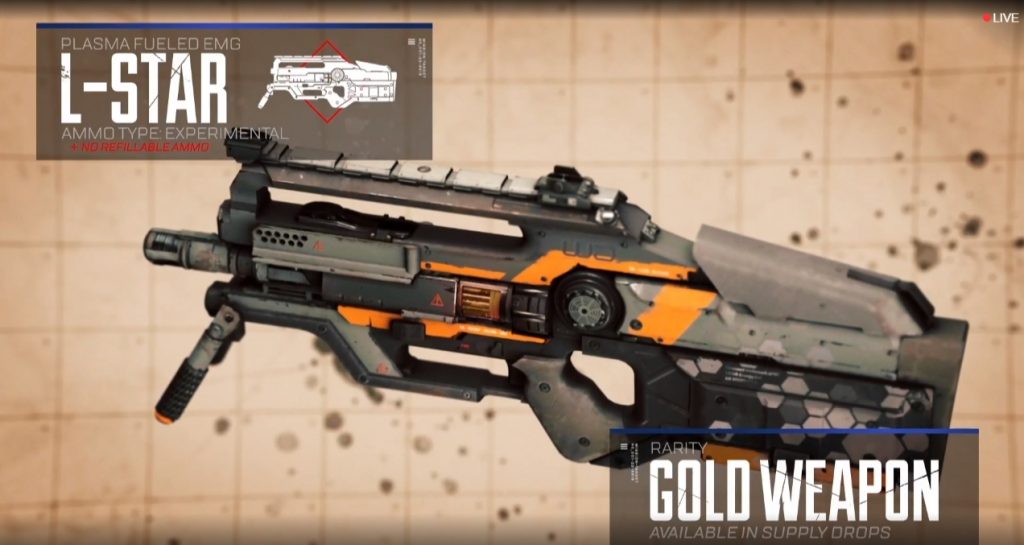 The L-STAR shone in its first season, before a raft of nerfs sentenced it to the scrap heap.

As well as a ranged disadvantage when facing dominant guns like the energy sniper Charge Rifle, and even other mid-range options like the Hemlok and the versatile G7 Scout, the L-STAR’s ‘time-to-kill’ has dropped behind other auto-rifles.

The problem has gotten so bad that higher ranked players will leave the L-STAR attached to the supply drop rather than lose another similar rate-of-fire weapon like the R-99 submachine gun, or even an Alternator or a Prowler PDW.

Now, the Apex community has had enough, and want to see the L-STAR hooked back out of the “trash tier” level it’s ended up on in the game’s third season.

“Either buff this weapon or remove it from drop packages,” Reddit user Mozog1g2 said on January 5. “It has an overheat and a reload and so little ammo it’s basically idiotic to pick it, and I feel if they put it in the normal pool it would be better.”

Comment from discussion either buff this weapon or remove it from drop packages.

The main issue many players raised was the fact that the L-STAR was advertised as a gun that doesn’t need to reload, but has an overheating feature that acts in a similar way. Adding to that, the L-STAR uses “experimental ammo,” which means it can’t be restocked with resources across the map.

Both of these things combine to create a problematic situation for L-STAR users: the weapon has 40 ammo in the clip, but overheats after 22 bullets have been fired. This unique restriction basically carves the clip in half, reducing effectiveness.

This problem has only arisen after original nerfs to the plasma weapon, however. The supply drop gun was originally set to ship with 60 bullets per magazine, meaning 22-round burst into an overheat would still leave 38 rounds in the clip.

“Right now, if you overheat you only have 18 shots left so there’s no reason to not reload as well, meaning overheat is just one long reload,” one Apex veteran revealed. “In playtesting, the L-Star had 60 per mag so overheating served a purpose.”

Others have just been left annoyed by the overheating basically being a poor rebrand of the reload, and slammed Respawn for the “stupid” mechanic.

“I just find the overheat mechanic stupid… it’s a reload,” myansweris2deep4u said. “Stop telling me it never needs to reload. The overheat is a reload.”

There are some ways the L-STAR could return to the meta, including the removal of the overheating mechanic entirely, or the addition of more bullets in the chamber.

Some players even suggested Respawn port over the original L-STAR, the “Lastimosa Armory Assault Rifle,” from their Titanfall series campaigns. In that title, the plasma weapon had a disposable lens, which had to be reloaded after being spent. 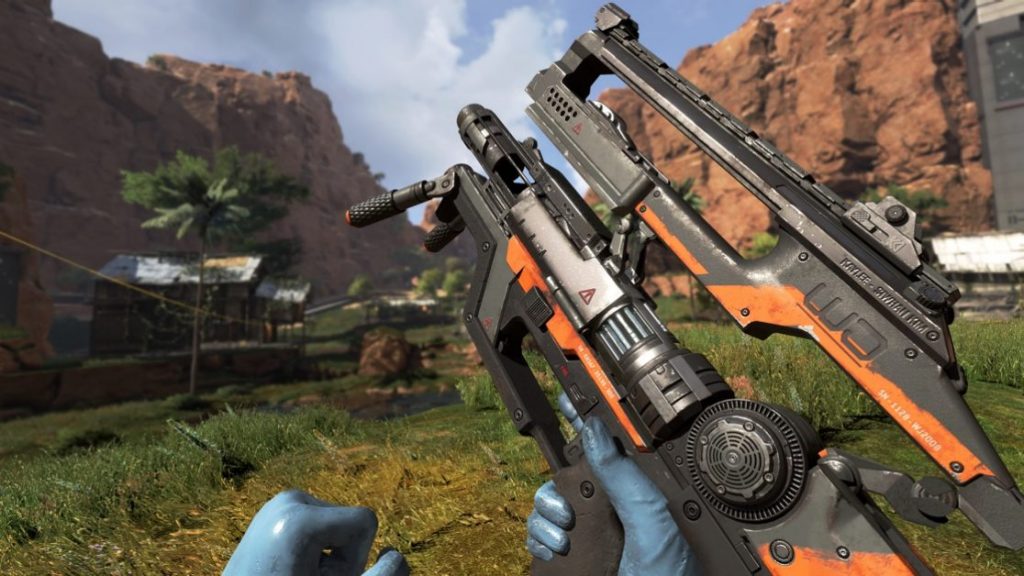 It may be sometime before we see the L-STAR back at the top of the Apex meta.

This change wouldn’t boost the L-STAR back to its meta-breaking power from Season 2 – in theory – but it would mean that it’s actually worth taking from the neutral supply drops that reign down on World’s Edge across each battle.

At the moment, it’s not clear whether Respawn is working on a fix for the plasma machine gun, or whether they’re happy leaving it out of the meta after its dominant showing in the second season.

For now, however, make sure you’re leaving it on the supply drop if you see one because, unfortunately, the once-great legendary weapon just isn’t built to earn you the title of Champion of the Arena in its current state.