There’s no hiding the fact that a lot of Apex Legends players have not been a fan of the Season 1 Battle Pass, and one has come up with an ingenious way to drastically improve it.

There was a lot of hype surrounding the launch of Season 1 in Apex Legends, along with the highly anticipated release of the Battle Pass.

However, when everything finally did go live, a lot of players couldn’t help but feel let down, both in terms of new content and how the Battle Pass was structured.

Perhaps the most frustrating thing for players is how long and time-consuming it is to level up the pass, and that the way XP is currently awarded leaves a lot to be desired.

Before we move on to the improved concept, let’s take a look at how the XP reward system is currently set up, including the amount of XP players get per kill, 100 damage, placing top three, match victories, and more. 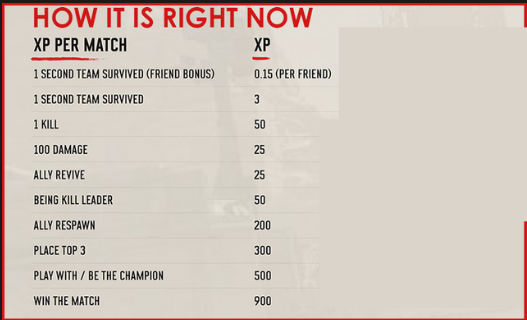 The current XP system for the Apex Legends Season 1 Battle Pass leaves a lot to be desired.
[ad name=”article3″]

Seeing as how a lot of players were not happy with this sort of breakdown, Reddit user ‘trap10xj’ made some amendments to it that would improve the way XP is awarded during each match.

The first alteration that the concept proposes is changing the ‘1 second team survived friend bonus’ to apply to teammates and not just friends, since many players often play with random teammates.

Another change would be to increase the XP awarded for each kill from 50 to 150, while adding an additional 50 points for each assist, meaning that an elimination could potentially award 200 XP points to a team rather than just 50. 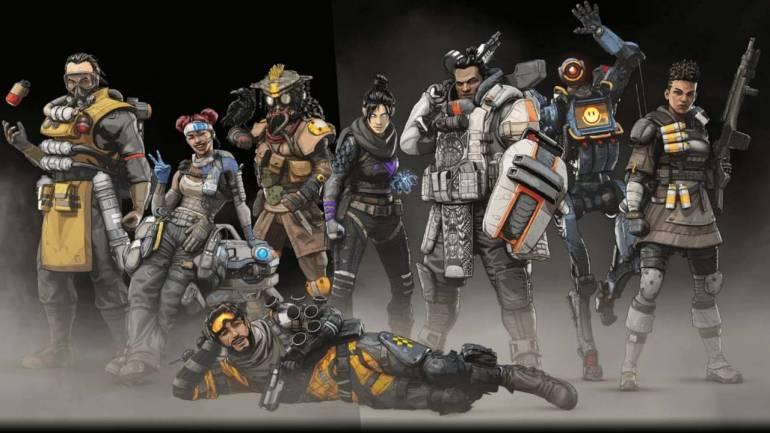 Since many Apex Legends players play with random teammates and not friends, it would make a lot more sense if the XP was awarded for surviving teammates.
[ad name=”article4″]

The concept also proposes that an additional 100 XP should be awarded to players who finish top-three with their full squad having survived all the way up to that point, in addition to the 300 points they already would get.

The Reddit user also added two whole new categories for XP rewards – a 100 XP bonus for every surviving teammate if you win the match, in addition to the 900 point victorious players already receive, and a 0.5 XP bonus for each one point of healing done throughout a match. 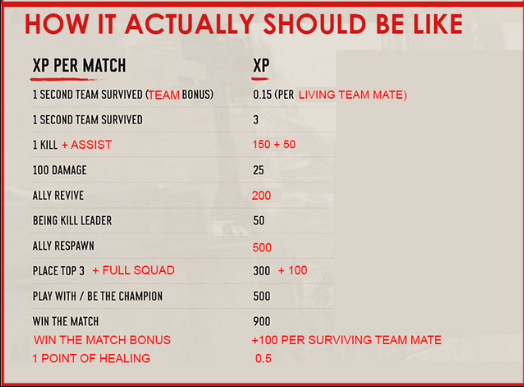 It’s not hard to see that pretty much every single suggestion offers an increase in XP points given for certain things or entirely new ways to earn XP that aren’t already included in the list.

Now, while this may seem unrealistic, the proposed changes and additions themselves actually make a lot of sense and are not over-the-top in terms of the amount of XP they would reward. 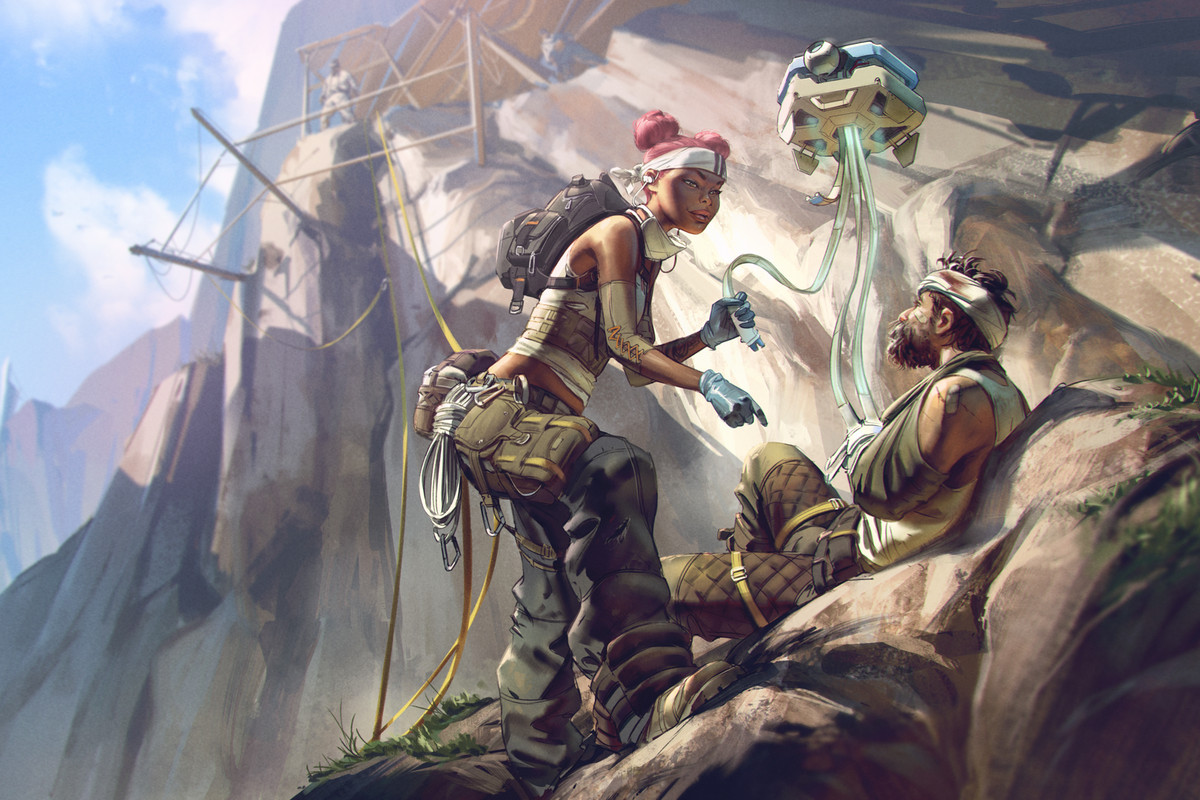 If XP starts getting awarded for healing in Apex Legends, then Lifeline players will certainly have something to be excited about.

It would be hard to image the vast majority of the Apex Legends player-base not being happy with Respawn Entertainment if they ended up overhauling their XP system, particularly if some of these changes do get implemented.

According to calculations, players need to put in close to 100 hours of active gameplay if they have any hopes of reaching the highest tier of the Battle Pass, and many just don’t have that kind of time to dedicate to gaming.

Of course, Apex Legends is still in its early stages of existence, so if Respawn do learn from the mistakes they made with the Season 1 Battle Pass, it wouldn’t be such a bad thing after all.