Apex Legends: Names and rarities of unreleased skins have been leaked

Like popular games before it, data miners are starting to sift through the Apex Legends’ files to see if there are any signs of previously unannounced content on its way – and it seems like they’ve stumbled on some new skins just over a week after the game’s release.

Players are loving Apex Legends’ take on battle royales, but like many free-to-play games, skins and other cosmetics are routinely released for the community to buy. Lucky for fans, the occasional peak into the game files can sometimes reveal upcoming content.

A new leak has revealed what could be the names for a few Legendary skins that match up with brief glimpses of yet-to-be-announced cosmetics seen in an Apex Legends trailer.

(These skins are all Legendary and will most likely appear in the store, also this is 99% impossible to get in game.)

File names have given an identity for skins belonging to Bloodhound, Gibraltar, Bangalore, and Lifeline, which match pretty well to the previously shown designs.

Bloodhound seems to be getting a skin called ‘Great Winter,’ and, looking at the game’s trailer, shows the Technological Tracker with more of a menacing look than they usually have. 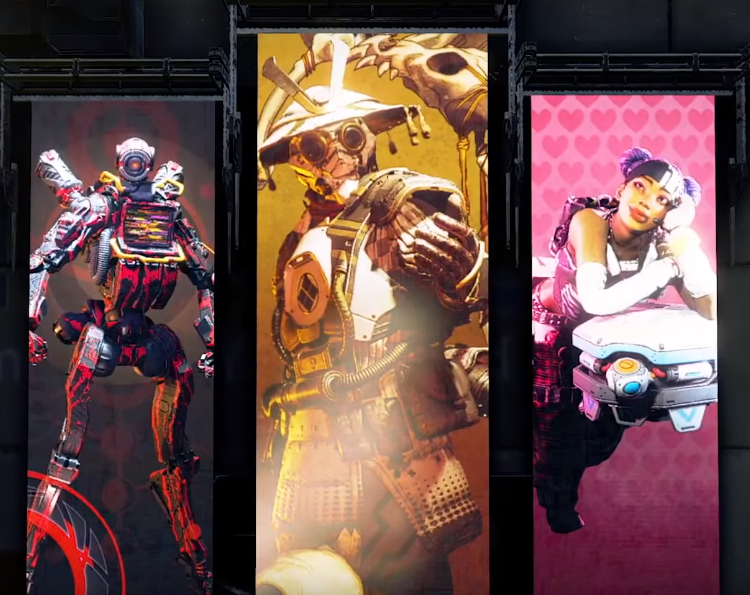 The trailer gave a glimpse of what the skins could be, but the leak might have detailed what they are. 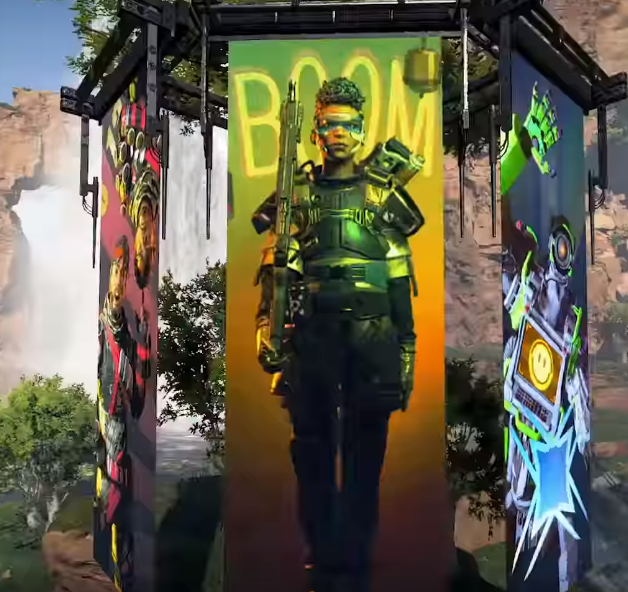 Respawn have somehow made Bangalore look more dangerous than she already does.

Bangalore’s Legendary was revealed to be called ‘Full Metal Jacket,’ which looks to be the case, as she was seen sporting a complete soldier’s outfit – with matching visor, to boot.

Lifeline is rumored to get a Legendary skin called ‘Lifeline Bling,’ and will see the medic with a more cleaner look than her other playful outfits. 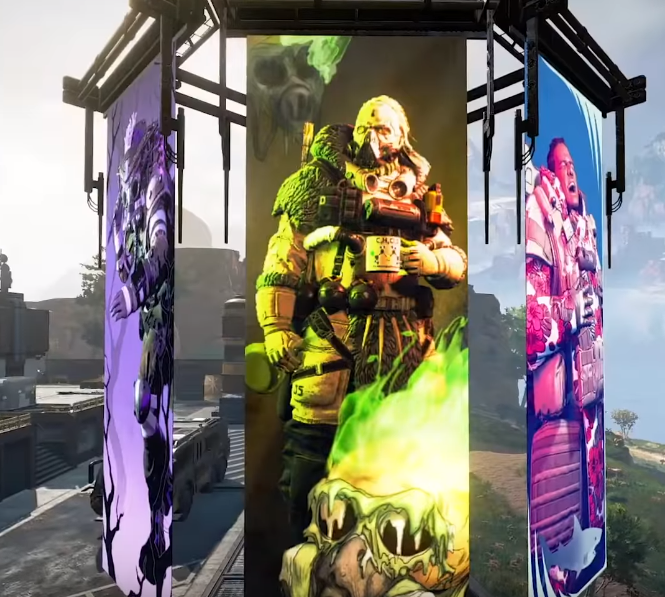 Many have already pegged Gibraltar as a big softy, so the leaked skin name would be entirely appropriate.

Finally, Gibraltar’s Legendary seems to be called ‘Soft Power’ – however, his flower-covered skin in the trailer doesn’t seem to match too well with the leaked name.

The game has already released some of the skins featured in the trailer, such as the Gibraltar’s Neural Net Legendary skins, Wraith’s Void Specialist, and Bloodhound’s Heat Sync skin.

As with most leaks, players will have to see if they eventually pan out but the connections to the Apex Legends trailer does put a bit more weight on the rumors.