After weeks of speculation surrounding Mirage’s Town Takeover, as well as the Winter Express LTM, Respawn has confirmed the Christmas-themed event will be dropping into the game immediately, with everything Holo-Day Bash now available.

You got bamboozled! Admit it, I totally had you fooled but no hard feelings, ok? That was all so I could get your attention and invite you to my amazing Holo-day Bash! And guess what? It starts…right now!

Get in here, my very important party people! #HappyHolodays pic.twitter.com/Njq8pzQCdQ

Mirage’s Holo-Day Bash, which the wise-cracking legend officially announced in a near-live appearance at The Game Awards 2019, is bringing several new winter and Christmas skins, including a Nutcracker outfit for the titular hero.

Other cosmetics include a reindeer costume for Octane, a Santa Claus get-up for Caustic, and Jack Frost gear for Crypto. Bangalore appears as a snowman, while Gibraltar dons a polar bear suit. Pathfinder and Wattson also have skins.

As well as the skins and voice lines being added to the game, Holo-Day Bash is also bringing a wealth of gameplay features for players, including Winter Express, which will see players battling for control of the World’s Edge train.

The new mode is based around a king-of-the-hill format, where players will collect points for controlling certain areas as the train speeds around the map. Similar to Fight or Fright, players will respawn multiple times during the mode.

Alongside the Christmas-themed releases, it looks like Pathfinder mains will also be enjoying an early birthday present in the form of red-styled boxing gloves for the loveable robot, which confirms leaks from earlier this month. 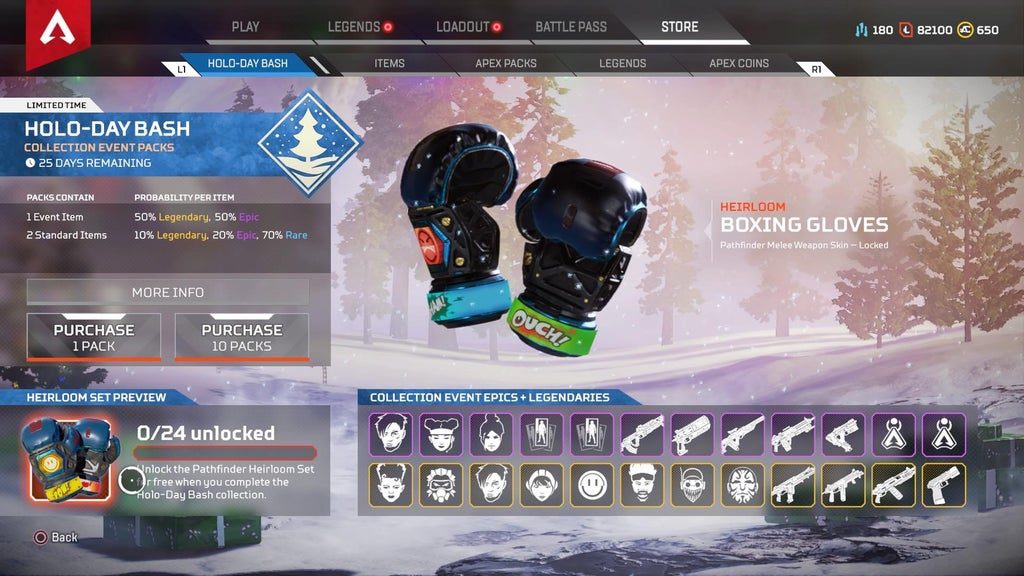 Pathfinder’s new Heirloom set has also been released during the Holo-Day Bash celebrations.

The event announcement was also very heavily on-brand for Mirage’s character, as he appeared in a live video feed at The Game Awards, speaking to host and founder Geoff Keighley about the new features based around himself.

“It’s the most wonderful time of the year,” Mirage said after dialing into the awards from the contact ‘Ya Boi Mirage.’ “Wow, I should practice that more, bit scratchy. Hey, Keighley my man, what’s going on?” 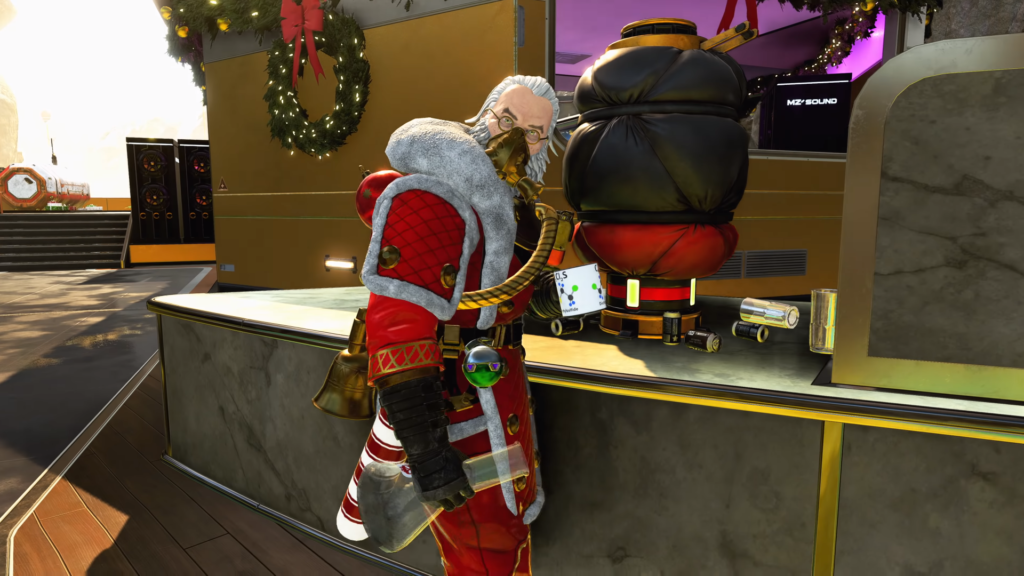 Grumpy-guts Caustic will be taking the role of Santa Claus for the Holo-Day Bash.

“Tell me, did I already win for Best All-Round Competitor in a Battle Royale Based on Skills but Mostly Good Looks?” he joked. “I know everyone is always asking for more Mirage events, so I’m here to give the people what they want.”

The holo-trickster turned into his new Holo-Day Bash skin, his nutcracker outfit, before revealing the Apex Legends festive celebrations were starting “right now,” with players able to jump into the LTM whenever they want.

Hello? ? It's party time! @PlayApex has a surprise for #TheGameAwards pic.twitter.com/lUBfPxc25H

Respawn also confirmed that the new event would reveal more backstory details about Mirage as the celebrations continue, mainly through the LTM.

The Holo-Day Bash is live on Xbox, PlayStation, and PC right now, and is expected to continue throughout the holiday season.