Apex Legends players have been noticing a growing list of bugs in the popular battle royal, and Lucas ‘Mendokusaii’ Håkansson was dumbfounded at the persistence of an annoying Heal glitch.

Respawn Entertainment’s Season 2 of Apex Legends has revitalized the game for its enormous fan base. Even though the hype for the next chapter of the Apex Games was high, constant issues and bugs have been deterring the playability for the battle royale.

While the developers have been making huge strides in taming all of the issues found in their game, it seems like new bugs are cropping up just as old ones get patched out. 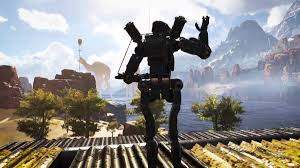 The Apex Legends bug prevented Pathfinder from using his ult to help a teammate.

During his Apex Predator ranked match, Mendo and his squad were making their way through the zone. Obviously, when a team is navigating outside of the ring there needs to be a tight balance of moving into the zone and healing from its constant damage.

Well Mendo had just popped a Syringe to heal back up some, and was getting ready to lay down a Zipline Gun to help his teammates. But it didn’t go exactly as planned.

In trying to place his Zipline, the game kept interrupting his ult by switching over to the Syringe and it started to take its toll on Mendo’s nerves.

Mendo was instantly incensed at the bug, immediately noting afterward that he “hates this fucking game” as his teammate can be heard laughing at the streamer’s predicament.

Zipline’s offer incredible mobility for a team, that is if the game lets you place it down.

In the midst of the bug, Mendo’s teammate was able to catch up to him while Pathfinder was trying to sort out its Zipline/Syringe fiasco.

He later joked that if the same issue had happened to Twitch star shroud, then the Respawn Entertainment devs would fix the issue right up: “That’s not okay, if that happened to shroud they would hotfix it right now, dude.”

Mendo ultimately regained his ability to set up his Zipline Gun without a hitch, but the bug’s appearance might attract some eyes from the Apex Legends devs.