Twitch Prime members have exclusive access to ‘Holo Man’ Mirage and a ‘Night Watch’ Kraber skins in Apex Legends until October 9 — here’s how to redeem yours before it’s too late.

As part of the collaborative efforts of Amazon and Twitch to bring exclusive content into the hands of gamers around the world, Twitch Prime members receive a plethora of benefits — including access to unique in-game loot.

Respawn Entertainment have teamed up with Twitch Prime to offer a variety of skins in Apex Legends, with their most recent drop bringing a new variant to the Holographic Trickster alongside a fresh take on the Kraber sniper rifle. 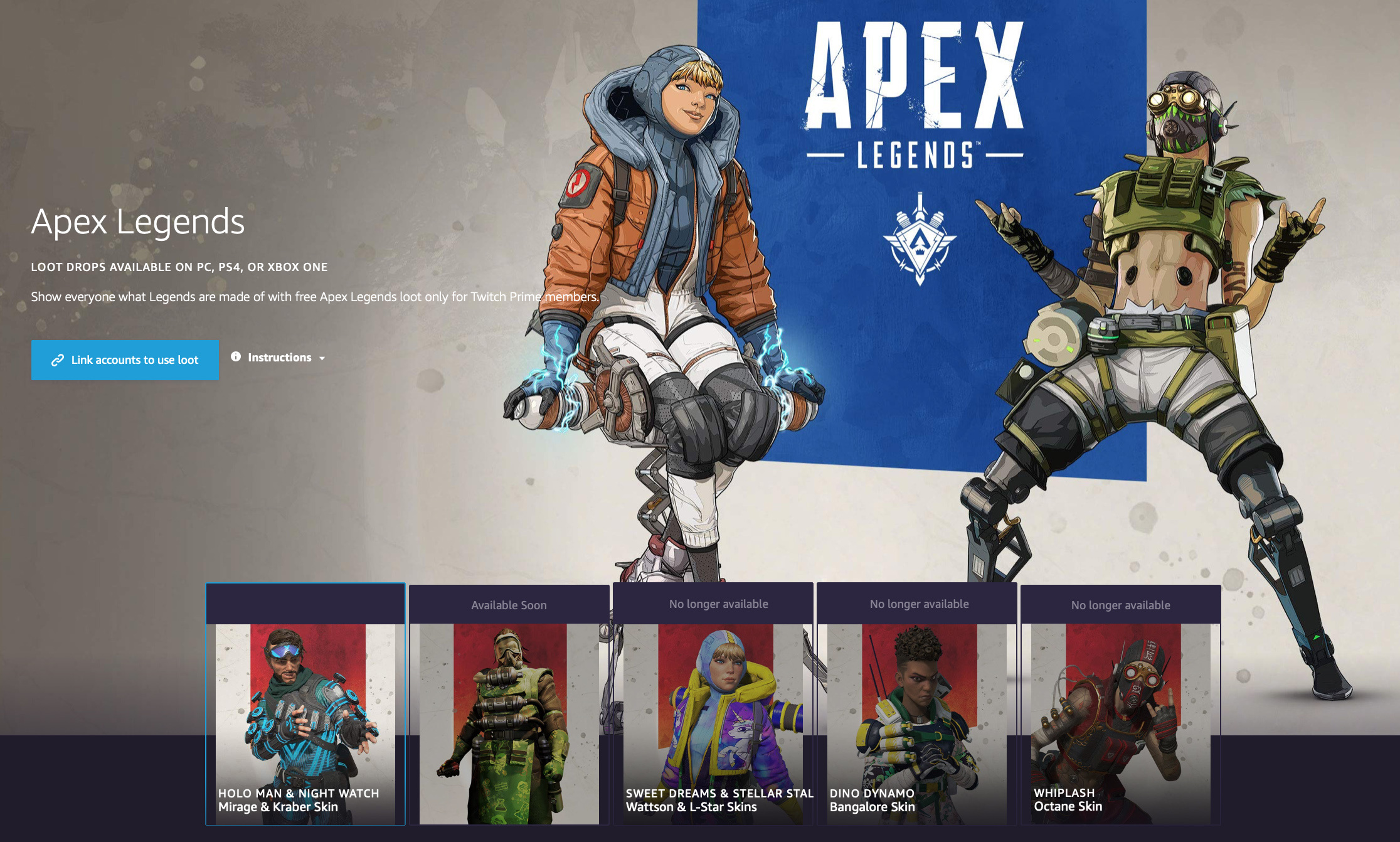 The Mirage and Kraber skin was the fourth drop brought to Twitch Prime members.
[ad name=”article2″]

The Holo Man and Night Watch skins variations have been up for grabs since September 9, providing players had access to a Twitch Prime membership and had linked both their Twitch and EA accounts.

Moreover, the official Apex Legends Twitter sent out a friendly reminder on October 8 to those who haven’t already claimed the fourth drop through their Twitch Prime account.

Now you see it, but soon you won't. Today is your last chance to grab the #TwitchPrime exclusive Holo Man Mirage skin and Night Watch Kraber weapon skin.

How to redeem Holo Man and Night Watch

Providing you have an active Twitch Prime membership and if you haven’t already laid claim to the latest drop, follow the below simple step-by-step guide on how to do so.

After October 9, these skins will become unavailable, so be sure to act fast if you want to be rocking your fresh Twitch Prime skins in World’s Edge.

The next drop looks to incorporate a scientifically–themed Caustic skin, whose meta has developed since the release of World’s Edge and the new update. Stay tuned with Dexerto as we bring you the latest information, as and when this skin becomes available.