Apex Legends‘ player base has grown exponentially since its release and it seems as though the number of cheaters has too. The feeling within the Apex Legends community is that rule breakers are far too frequent, but reporting them isn’t simple enough.

If Respawn were to introduce an in-game report system, players could quickly report opponents that are suspicious, and Respawn could act upon it. This would save a lot of time and would also incentivize players to report more, as the only way of doing this currently is by going through their website.

Fortnite and CS:GO are examples of how you can report a player in-game when they’re cheating/hacking. These games have been out much longer than Apex Legends, but are evidence of how an implementation of a reporting system could help to clean up Apex Legends. 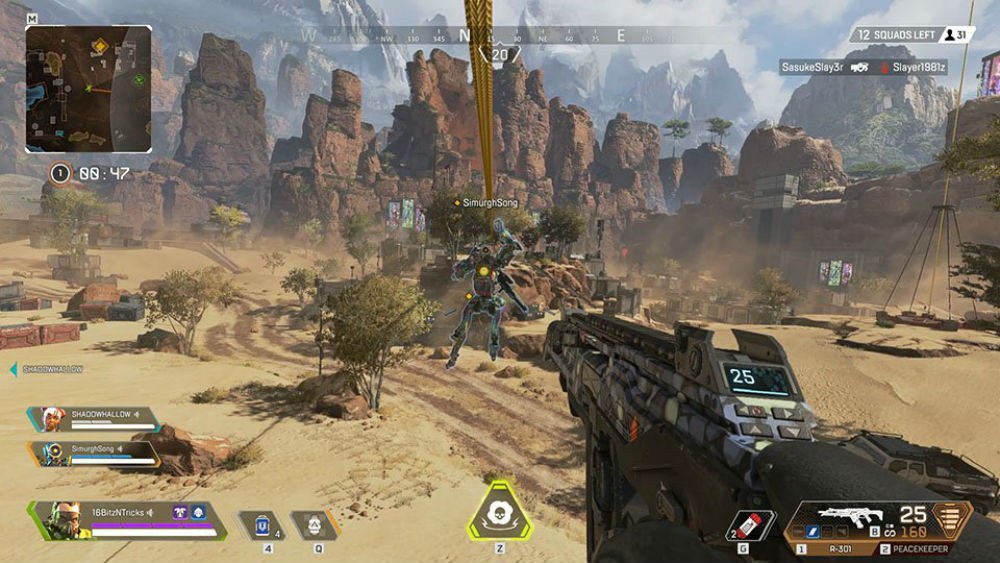 The number of cheaters is increasing and there’s no easy way to stop it.

As you currently need to go through Respawn’s website to report cheating players, it’s easy to see why hackers get away with it – reporting them is a time consuming process and one that other players simply forget by the time a match ends.

Some Apex players on Reddit believe that they are currently running into hackers in every other game. An in-game reporting system would allow them to report those players and could even set their minds to rest if only a small percentage of reported players turn out to be cheaters.

If players got some feedback on the percentage of reported players that ended up being convicted of cheating, it would be significantly easier to gauge how bad the problem really is.

Of course, hackers aren’t the only issue. A reporting system would make it easier to catch players that are using racist language or breaking any number of rules.

Ultimately, if Respawn don’t implement a quick and easy system for Apex players to report cheats, issues with cheaters are only going to increase.

Should Respawn implement an in-game cheat report system? Do you know better methods on how to prevent hacking in Apex Legends? For everything Apex related, follow us @TitanfallBlog.