While players wait for news on the newest legend coming to Apex Legends, some fans have been hard at work creating original characters for their new favorite game.

There are a number of theories about the who the next legend will be, including several leaks for a character known as ‘Octane.’

As fans wait for more news or confirmation on a new hero from Respawn, one creative player called mrmng on Reddit decided to make their own original legends.

Xiao Long would be a grenade-focused legend, with abilities that increase the range and damage of thrown ordinances.

It’s clear mrmng is fan of Twitch streamer Michael “shroud” Grzesiek, because their ‘Shroud’ character is based on him, and even uses the streamer’s logo for the legend’s ultimate ability. 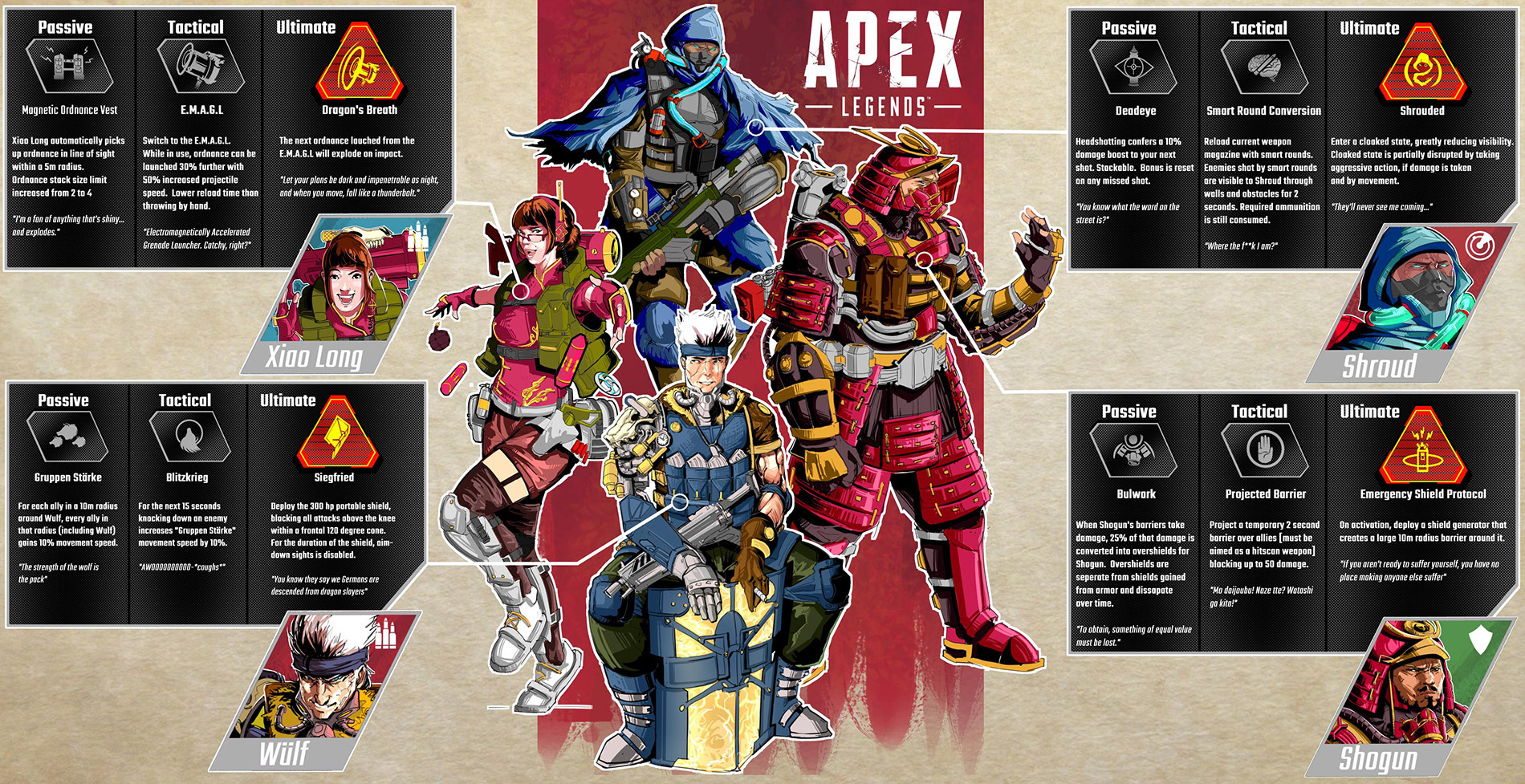 Shogun appears very similar to Gibraltar, using shields and barriers to protect teammates. He also has an ability that applies temporary shields based on the amount of damage he deals out.

Finally, Wülf, is a legend who can greatly increase teammates movement speed, and his ultimate is movable shield for defending allies, similar to that of Gibraltar.

We still don’t know exactly what the new legend will consist of or when they’ll come out, but with the amount of hype from the community, Respawn should be dropping the news soon.