One Apex Legends fan has combined their love of Respawn’s battle royale with their love of Minecraft, incredibly recreating ‘the Geyser’ POI from World’s Edge map.

Since Apex Legends release, we have seen multiple fans recreating their favorite aspects of the game in a number of ways. From jaw-dropping cosplays to incredible fan art, the creativity of fans has brought Respawn’s battle royale to life countless times.

This rang true yet again on May 27, with one Redditor sharing their awesome recreation of The Geyser, the popular POI that came with the World’s Edge map when it was introduced in Season 3. 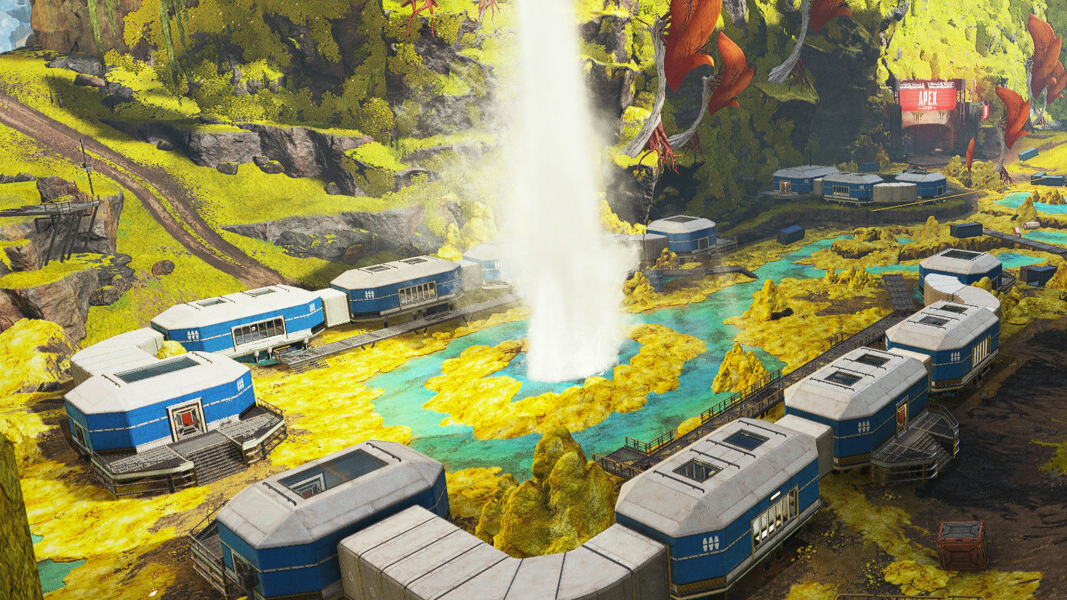 The Geyser is a small facility in the east of the World’s Edge map, boasting some of the best loot players can find and offering up different routes for players to take in rotations.

It has been brought to life in Minecraft by Redditor OmegaSapphireFox, who shared their recreation with fellow fans of Respawn’s title on May 27.

As you can see, a host of the POI’s features have been recreated incredibly accurately, including the mountainous region at either side. The buildings surrounding the geyser are also featured, even perfecting their unique designs.

Replica of “The Geyser” from World’s Edge from r/apexlegends

The creator went into slightly more detail about their creation, explaining how it came to be: “I used command blocks to make it to where whenever you touch the geyser you go to the top of the geyser… I am way back on an older version of Minecraft. This was built on the version when the elytra was first added.”

Unsurprisingly, the post garnered widespread praise on Reddit, sitting at over 1,000 upvotes at the time of writing.

It goes some way to show how much dedicated fans will do to recreate their favorite games in other forms, as well as the creativity Respawn’s battle royale continues to inspire.