One creative Apex Legends fan has designed a brand new legend complete with abilities that would be an instant game-changer.

The newest Apex Legends character, Octane, was released along with the Season One Battle Pass on Tuesday, March 19.

That hasn’t stopped fans from continuing to come up with their own ideas for legends and their special abilities that could be added to the hit battle royale. 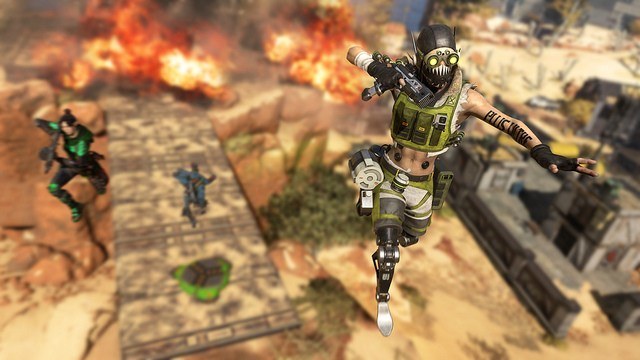 The concept was created by Reddit user iArePlayerOne, who used a Wraith concept image from artist Ramzy Kamen as a starting point for what the new character, called ‘Electra’ could look like.

PlayerOne did come up with the abilities for the support character though, like her passive which regenerates her shields based on the damage she’s done to enemies when they get killed.

Electra’s tactical ability would act a lot like Lifeline’s Health Drone, except for armor, and would slowly regenerate shields of allies close to the character.

Her ultimate, EMP, would be incredibly powerful, damaging enemy shields, scrambling their HUDs and making shield cells take longer to use. 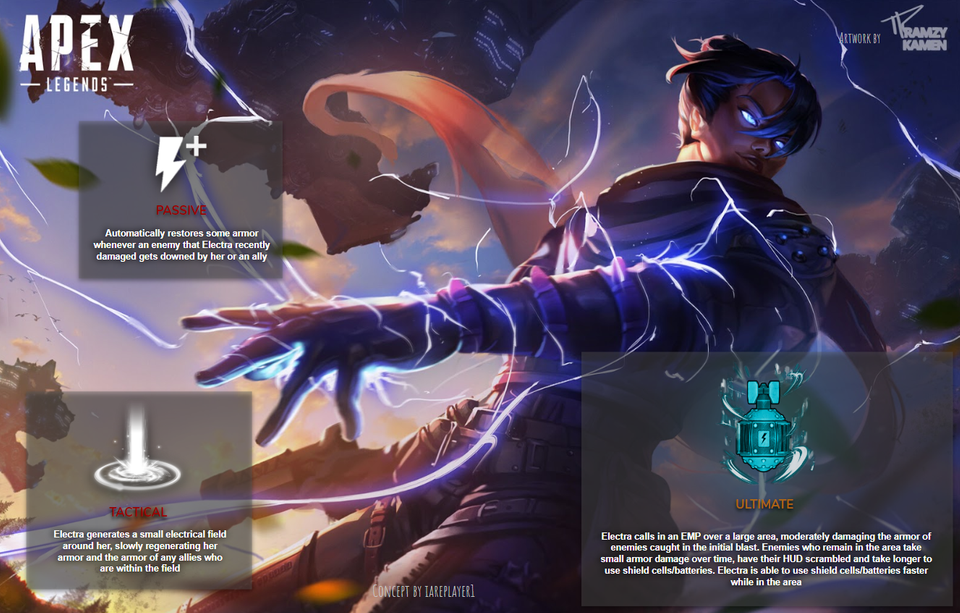 Of course, exactly how each of Electra’s abilities works and how much shields they restore would have to be worked out, but the idea of a shield-focused support legend certainly is interesting.

Her EMP ultimate might be a little too powerful with all the effects it has, it would certainly be able to turn the tide in any fight, and probably inspire countless Reddit threads, were it real.

There are rumors of Respawn releasing a second new character sometime during Season One, but when it will happen and what exactly that hero could be or their abilities remain unknown for now.