For the third time in a row, NRG Esports pro players Dizzy and KingRichard, along with Overwatch pro Mendokusaii, have won the March 29 running of the Code Red tournament for Apex Legends.

As usual, the March 29 Code Red Apex Legends tournament featured some of the biggest names of the battle royale community, and was hosted by none other than popular Twitch streamer Dr Disrespect, along with online gaming platform BoomTV.

If you are not familiar with how format used in this tournament, make sure to read up on it in our Code Red Apex Legends tournament hub before continuing with this recap.

Dizzy, KingRichard, and Mendokusaii, whose team name was Twitch Prime Time, beat out vsnz, chocoTaco, and HusKerrs (Reid’s Money Clan) in the Grand Final to secure the $13,000 first place prize.

Having already beaten Reid’s Money Clan to win the Winner’s Bracket final, Twitch Prime Time needed to only claim one match in the Grand Final to win the tournament, while their opponents needed to take two back-to-back.

Knowing this, Reid’s Money Clan surprised everyone as they took the first match 36-19, resetting the bracket and forcing a winners-take-all second match for the first time in tournament history. 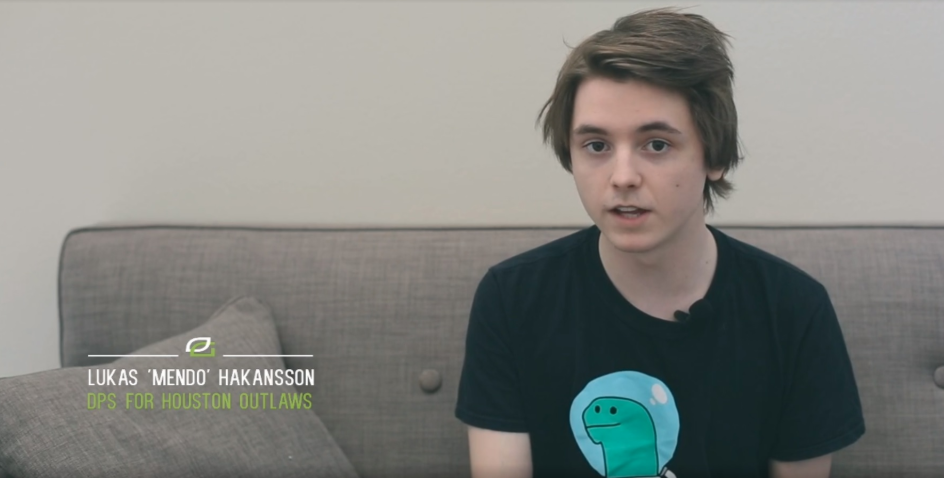 With everything on the line, the second game started off well for Twitch Prime Time, as they put together 25 eliminations and a match victory to take a 33-18 lead after the first of three maps.

The second map turned out to be a very tight affair, as both teams put up nearly identical scores to go into the third and final map with Dizzy and co. leading 64-50.

Seemingly dead in the water, Reid’s Money Clan put up a tremendous effort to close the game in the final map, but Twitch Prime Time clutched up with a victory in their match to secure the championship Grand Final 95-86.

Congrats to @Dizzy @KingRichard and @Mendo on winning their third #CodeRedLive ft. @PlayApex

With the March 29 running of the Code Red Apex Legends tournament having come to a close, here is the full final placements, including the $25,000 prize pool divided among the top three teams.

In addition to the final placements above, you can check out the entire completed Winners and Losers Brackets, which include the overall and aggregate scores of each match as well as each player’s elimination totals. 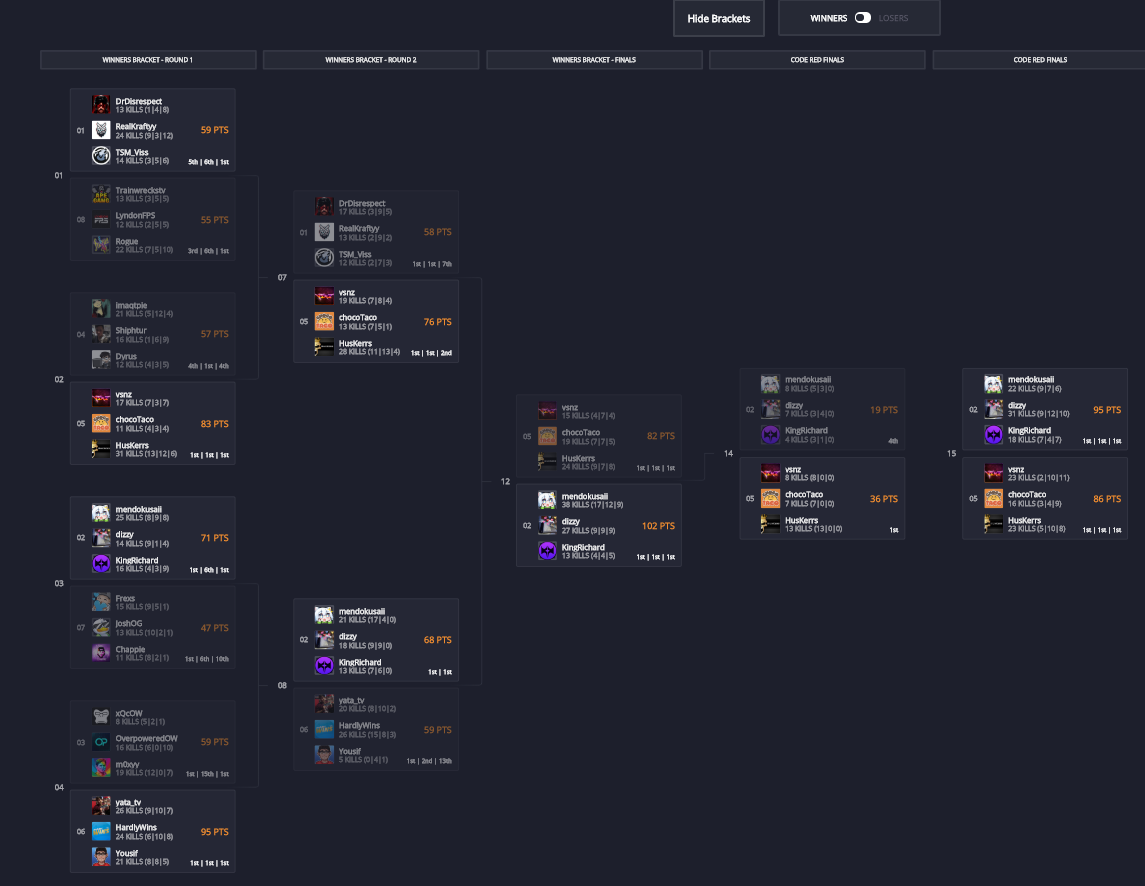 The series features competitions for several popular battle royale titles, such as Apex Legends, Fortnite, and Call of Duty’s Blackout.