A number of Apex Legends players have encountered recurring bugs in the game in some form, but a massive glitch cropping up makes the battle royale an unplayable and chaotic mess.

While Respawn Entertainment have been on a roll with delivering its fan base a ton of content throughout Season 3, players have been noticing a plethora of errors in the game that makes it hard to play, or just outright crashes it.

Since there are players who have grown accustomed to the game’s bugs, when they appear it’s really just a matter of dealing with the issue to get along with their particular match.

But some cases get so bad, that it completely derails the game as seen in the “massive” glitch recorded by Reddit user ‘misternuttall’ who was having a bit of trouble making sense of what was going on in the battle royale.

“No Guns, No Respawns, No… Map? Hands down the most fun I’ve ever had with a MASSIVE glitch,” they said.

[Bug] No Guns, No Respawns, No… Map? – Hands down the most fun I’ve ever had with a MASSIVE glitch. from r/apexlegends

Even before teams jumped onto the map, players could already tell there was something extremely wrong with how the match loaded up – especially since there wasn’t really a place to visibly land.

Taking a brave leap into the abyss, once people actually made landfall the problems only seemed to exponentially get worse.

Extreme visual bugs were distorting the player’s FOV, making everything stutter and replicate with every passing moment they made. 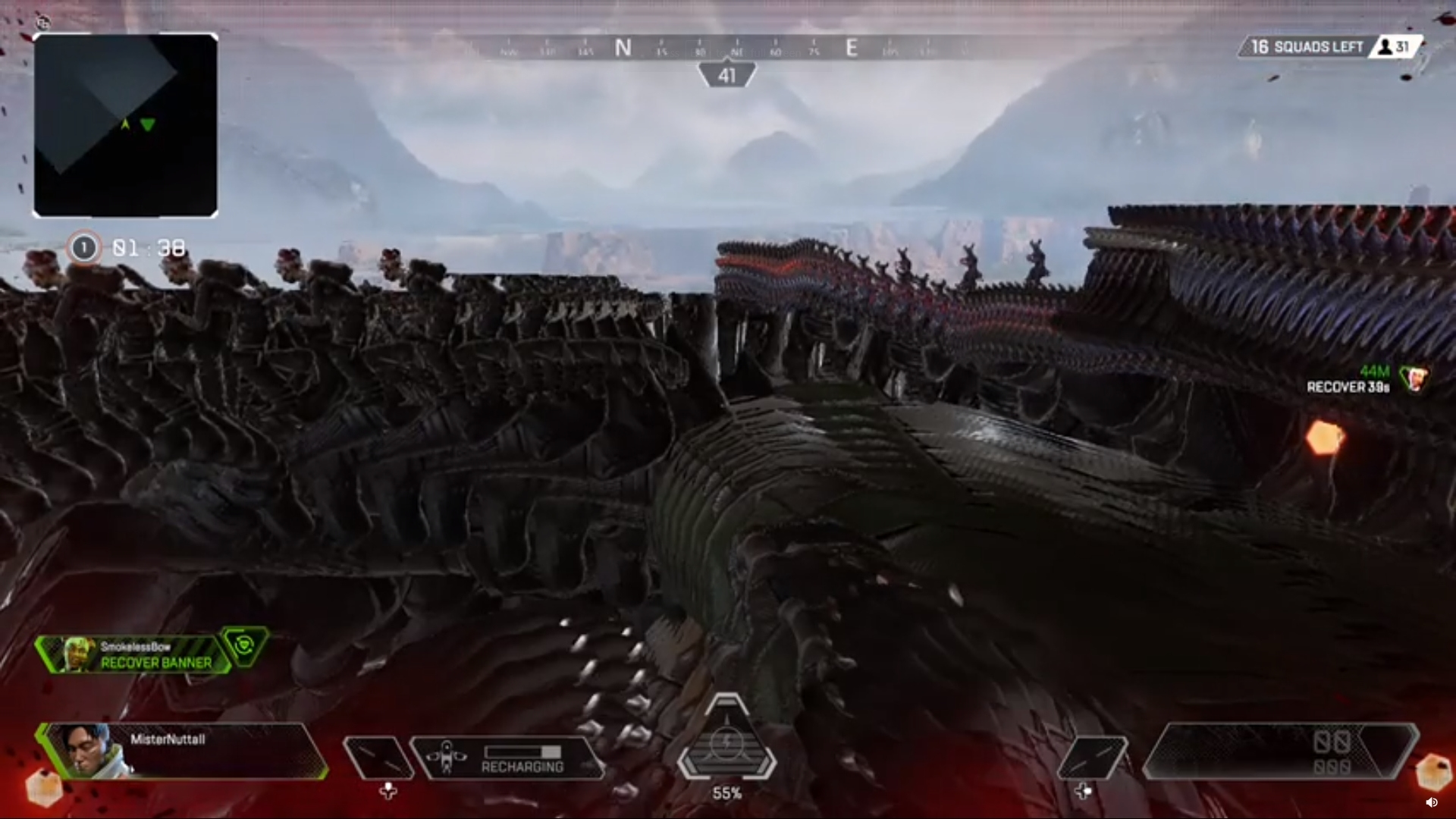 Absolutely nothing was going well in this match of Apex Legends.

The glitches in Apex Legends have ranged from hilarious and benign to downright broken, but this takes things to a whole new level.

As strange as this instance is, however, it doesn’t seem to be the first of its kind, seeing as some recounted their experience with a similar ordeal.

“Oh I had one like this before,” one user said. “It was due to a very bad server and the whole ranked match ended up being 1 v 1 v 1… [As Wattson], I fenced us a boxing ring, and I ended up second. One of the most lovely matches I’ve played ever.”

It’s strange to think how Respawn would go about fixing this kind of issue, but better sooner than later – unless more players get trapped in the bugged games of Apex Legends.