Apex Legends adds a new gun to its ever-growing loot horde every season, and these new additions are often from Respawn’s original FPS franchise Titanfall too ⁠— here’s five more we think would fit perfectly in the battle royale.

Respawn has become famous for bringing elements of their original FPS series to their new battle royale ⁠— in fact, there’s even a chance some of Titanfall’s most famous enemies could be making the switch in Season 5.

One key element the devs constantly bring across is guns. Weapons like the R-301, Flatline, Season 3’s infamous Charge Rifle, and more all started life in the Titanfall frontier. Here’s five more we think need to be added to Apex too.

The Volt Submachine Gun is probably the gun on this list most likely to actually arrive in the game in the next little while. In fact, new leaks uncovered earlier this week even suggest the energy weapon could be Season 5’s new gun.

Titanfall players would know the Volt is similar to the R-99. The key difference, however, is it runs on energy ammo like the L-STAR or the Havoc. On top of that, the Volt boasts a lower rate of fire in Titanfall, making it deadly accurate.

If Respawn decides to drop the Volt SMG into the loot pool, it would likely be one of the best gun-picks in the game, considering its heavy-weapon cousin the L-STAR reigned supreme across World’s Edge during most of last season.

The G2A5 was a Titanfall 2-specific weapon, after Lastimosa Armory ⁠— the weapon’s original developers ⁠— upgraded their flagship battle rifle between the first and second games. The key quality of the G2A5 is its semi-auto hammer.

That means you can shoot the battle rifle as quickly as you can hit the trigger. Basically, think a faster-firing G7 Scout. The only downside to this could be the R-301 and the G7 both shine at different ranges at the moment ⁠— the G2A5 could struggle to find a place in the meta. 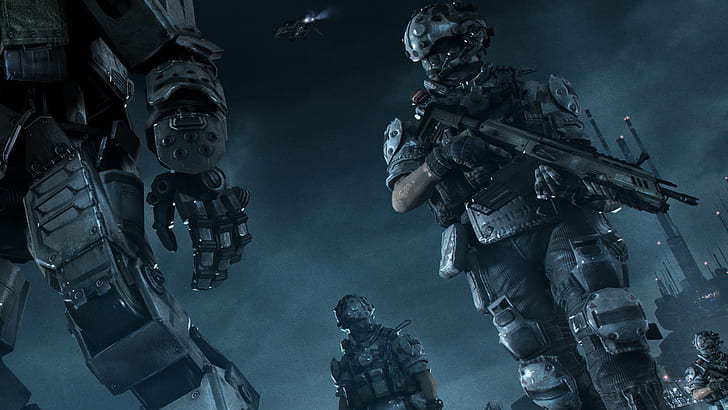 Apex Legends may be changed forever if the EM-4 Cold War Plasma Launcher actually found its way to Kings Canyon. Designed by Vinson in the first Titanfall title, the grenade launcher was so strong it was hooked from the sequel.

Nearly every weapon in Apex right now is a standard bullet or energy-based weapon, with explosives left to pick-up grenades. The EM-4 would change the game ⁠— no longer could enemy squads hide behind rocks as you reign detonations around them.

Of course, that does mean the idea of the “noob tube” player could sneak into Apex Legends as well. If this was a gun found around the map, it could be a must-take as a secondary pick, so it makes sense Respawn have been slow to consider this.

The Cold War is already in the Apex game code too, meaning it could be close to joining the game. More likely, though, is the data files are just carryovers from before Titanfall 3 pivoted to become a battle royale instead.

The Cold War would instantly be a meta-warping gun in Apex Legends.

The LG-97 Thunderbolt may have been included in Titanfall as an anti-vehicle weapon, but a small tweak may make it just as deadly against infantry in Apex too.

The Thunderbolt would also mark one of the first area-of-effect weapons in the game. When fired, the energy projector launches a large, slow-moving ball of electricity that damages any enemy in its radius on its flight path.

Imagine you’re battling through the halls of Wraith’s Labs, only to see a ball of lightning tear down the hallway towards you ⁠— terrifying. Out in the open, the gun could do damage too, forcing teams to scatter if they want to stay alive.

Okay, okay, this one may be a bit of a stretch. The AT-SMR is a deadly weapon in Titanfall, but most of its power comes from being able to demolish enemy Titans ⁠— a deadly vehicle that is nowhere to be seen in Apex Legends.

Unlike the LG-97 Thunderbolt, the AT-SMR is based around locking on to targets. Basically, without vehicles in Apex, titans or otherwise, the Sidewinder would need a big rework to make sense in the battle royale.

If trucks, cars, or planes are added to Respawn’s ever-expanding title in the future though, expect the Sidewinder to be waiting in the wings too. There’s currently no suggestion they will, be considering Apex has at least four more seasons to go, it could still happen. 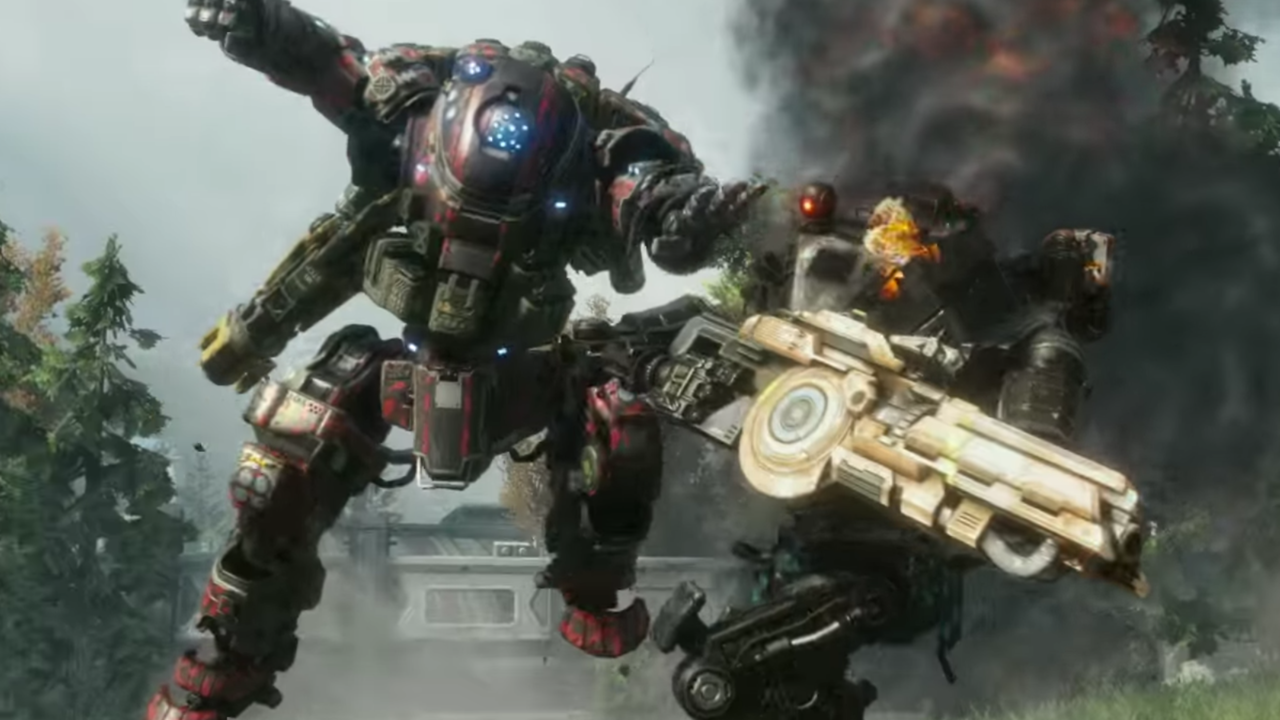 So there you have it — five weapons that could make a big impact on Apex if they were to be added to the battle royale. Whether they’d all be balanced or not is another question, but that’s a problem for Respawn to solve!