An avid member of the Apex Legends community has taken the time to realize a full-scale replica of the wondrous Loot Ticks found throughout the popular Battle Royale title.

Many Apex Legends fans often focus their real-world creations on authentic cosplays to express their passion for the world Respawn built. It can serve as a means in which to share their enthusiasm with others in the community.

Rather than designing a favorite weapon or outfitting themselves as one of the many whimsical characters from the game, however, one Apex fan has brought a functioning Loot Tick to life and the end result is astounding. 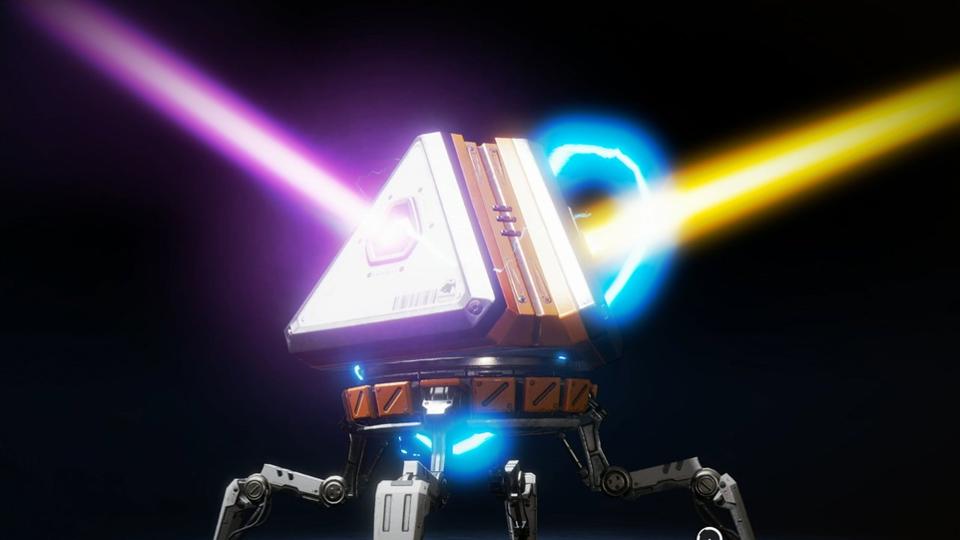 Loot Ticks can explode into a pile of Legendary loot if luck is on your side.

Loot Ticks often spark joy when discovered in the midst of a looting frenzy. Capable of providing all manner of weapons and armor from Common to Legendary, these minuscule robots can often be enough to give you and your squad the upper hand in any given match.

Translating that sense of wonder into the real world, Reddit user ‘deadPoolioTheAmazing’ stunningly recreated the in-game Loot Tick in terms of both look and function.

3D Printing the entire build, the small robot rests on four legs while the head of the figure is able to rotate and illuminate areas thanks to internal LED’s.

I 3D Printed the Loot Tick from apexlegends

Rotating at a similar frequency to that of the Loot Tick’s in-game, this crafty build could make for a great companion in a cosplay photoshoot or even stand as a neat little ornament when switched off.

The conveniently sized creation doesn’t take up a heap of space and all of the functions of the machine are processed internally, meaning that it can operate without being plugged into a nearby source of power.

“All the electronics are inside, there are no wires out,” the creator explained, outlining how all of the functions of the Loot Tick are intricately stored within the hollowed ‘head’ of the rotating robot.

Comment from discussion I 3D Printed the Loot Tick.

There’s no telling quite how long the process took from start to finish, but it’s clear that a great deal of effort went into bringing this authentic creation to life.

Despite players being tempted to break the build and discover what goodies may rest inside, this may be the only time we’d advise against opening a Loot Tick.