Every Apex Legends player has their own way to use their favorite character but when it comes to Rampart there are a few tips that everyone should keep in their back pocket.

With Rampart finally joining the Apex Legends roster of characters at the start of Season 6, fans of the battle royale have quickly been trying to get to grips with her and her abilities.

Players have been trying to figure out who she is best paired with when it comes to duos and trios, where its best to lay down her minigun – Sheila, and how best to use her amped deployable cover.

While some players have figured things out a little quicker than others, there are a few tips every Rampart main needs to know about her wall – especially as it can really be a key part of a winning strategy.

Rampart has finally joined the Apex Games in Season 6.

Even though the amped wall is mainly about giving you a boost while attacking enemies, it can be used in ways to keep enemies trapped – at least temporarily.

That’s right, you can deploy the wall in front of doors to keep enemies trapped on the other side. Obviously, there are some situations where enemies can simply find another exit but you can severely limit their options with the wall.

However, it’s not a completely foolproof strategy. If it’s placed directly behind a door, enemies can break the wall by kicking down the door, as shown by u/skbtwiz.

You can climb higher with Rampart’s cover

On top of being able to lock enemies behind doors with the deployable cover, you can also use it to give yourself a boost when it comes to climbing walls.

Yes, if you place the amped wall down and then hop on top, you can start scaling walls that are usually pretty hard to climb. The movement skills needed to get everything lined up might take a second to master, so, you will have to watch your back.

Best weapons to use with Rampart’s amped wall

As already noted, the amped wall also gives a boost to weapons that are being used behind it, but what receives the biggest buff from the wall?

Well, according to data collected by an Apex Legends Redditor, the Kraber and Peacekeeper skyrocket in damage but if you can’t get your hands on them, the Mastiff and Charge Rifle also get pretty handy boosts from the wall. 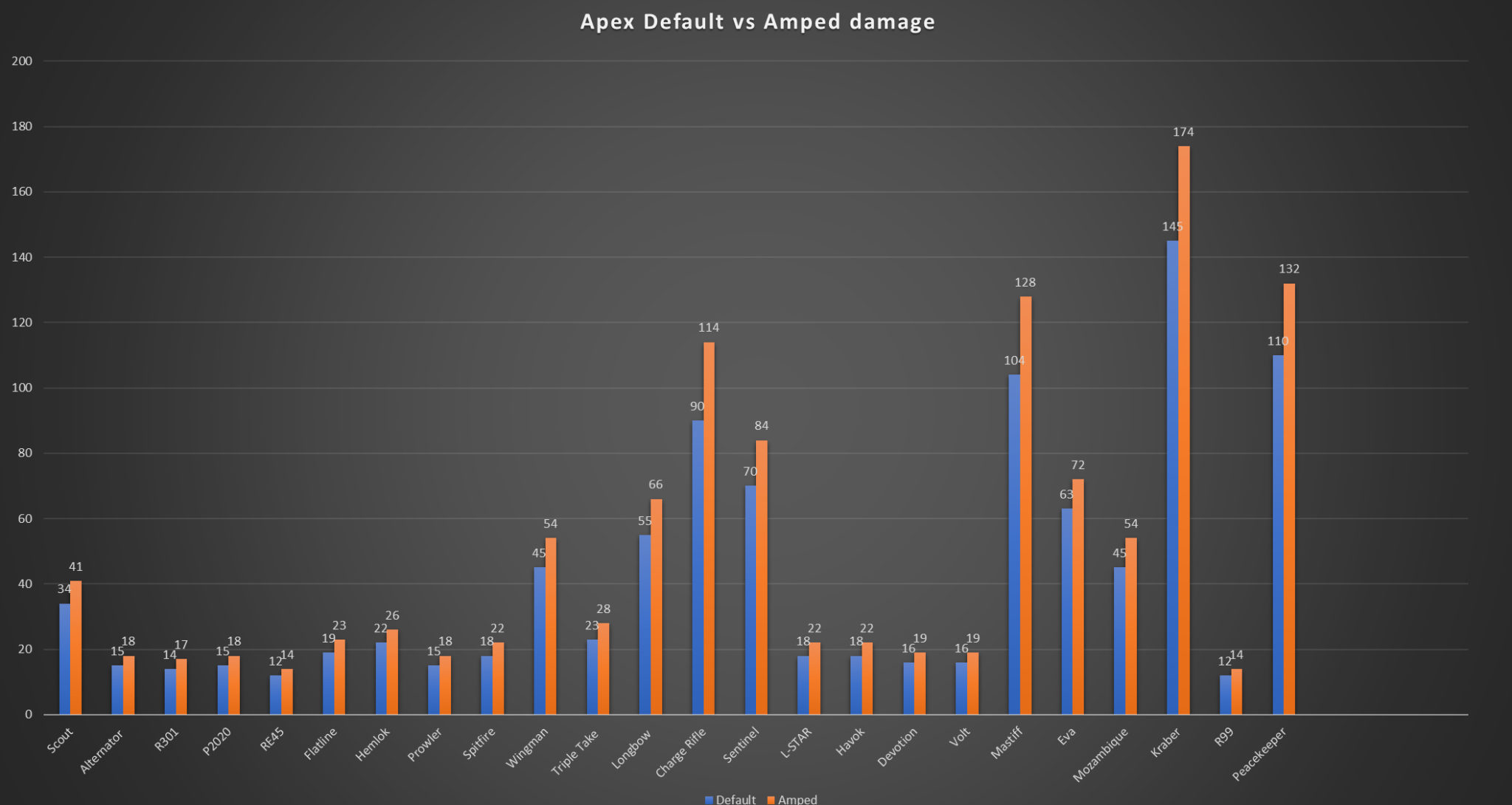 As the season unfolds, Rampart could, of course, receive a nerf or two if Respawn deems her to be a tad overpowered so these stats could change.

For now, though, she is quickly emerging as one of the best legends to use in your bid to be crowned an Apex Champion.